I’ve read and seen less than a handful of Shakespeare’s plays. In fact, I hadn’t been exposed to the one that rhymes with Macdeth since my senior year of high school. So, since I knew that Wyrd Sisters (a phrase mentioned in said play) contained much about said play, I checked it out of the library and read through it as I was rereading the book.

There is a lot in the play that I didn’t remember from high school.* I assume we read through the whole thing, but I don’t remember for sure.

The opening of Wyrd Sisters is an obvious reference to said play.

“When shall we three meet again?” says one of the witches.

Since that’s the way the novel begins, I decided to write first about the plays that Hwel the playwright writes. There are several of them mentioned in this book.

Most of the plays I’ll mention here have but a brief reference to their title within Wyrd Sisters. However, the one about that Scottish king has component parts throughout the plot of the book. You could make a similar comparison with Hamlet. Bits and pieces of each play are what much of this book is about.

There is a play title – The Lancre King – that, at least, in my edition, is not even italicized. (That could simply be an editing error.) This could be the play within the play that references the Scottish king play.

By the way, I keep referring to this play obliquely because it’s considered bad luck*** in the world of the theatre to mention the actual king’s name – and therefore, the name of the play – directly. Terry never does so in his books – not even in a footnote.

It might be a stretch, but in the same way that Scotland is north of England, Lancre is hubwards of Ankh-Morpork. In this manner of thinking, I draw a parallel between England and A-M and between Scotland and Lancre.

As I said, it’s probably a stretch, but it fits.

Half a Dozen Other Shakespearean Knock-Offs

There are six more titles mentioned in Wyrd Sisters that are much less of a stretch to overlay them on Shakespearean plays, even without knowing the plot of any of the Hwelian versions.

Hwel’s The King’s Brides seems to be The Merry Wives of Windsor. See the similarity?

Please Yourself, which is mentioned several times in Wyrd Sisters and is also called A Wizard of Sorts, must be As You Like It. Get it? Sure, you do.

The next four parallels are a bit shakier, but I still think they could work. Knowing their plots would help, but that information will sadly never be forthcoming.

The Dragon of the Plains could be The Merchant of Venice – mostly based on the phraseology.

A Night of Kings could be Twelfth Night – largely based on the use of the word night.

Gretalina and Mellias would be Troilus and Cressida – again, similar title construction.

Finally, The Troll’s Tale could be The Winter’s Tale – the word tale being found in each. I realize there’s no direct correspondence between a troll and winter, but what’s an analyst to do?

Miscellaneous Hwelian Titles and Their Referents

Terry makes a non-play play a rather significant part in this book. I refer to the storm. Could this not be a reference to Shakespeare’s The Tempest?

The play Mallo, the Tyrant of Klatch (also called simply The Tyrant – unless this is another play all its own) could refer to any number of Shakespeare’s plays. I won’t attempt to point it at any of them specifically. Take your pick on your own.

The Mage Wars apparently hearkens back to an earlier time in Discworld history when there actually were mage wars. No Shakespeare needed here.

King Under the Mountain is apparently a Lord of the Rings shout out, rather than one for Shakespeare.

Then there are 3 similar-sounding plays that I can’t find anything to compare to.

I suppose you could pick another random Shakespearean play and probably not be wrong, but nothing really jumped out at me regarding these three.

And lastly, there is a play Hwel wrote in another book (that I won’t mention by name here) that is definitely Shakespearean. Hwel penned Things Which Happened on a Midsummer’s Night.

I leave the name of Will’s play as an exercise for the reader.

Hwith that, I hwill stop my initial analysis of Wyrd Sisters here and simply ask that, if you have anything to add about Hwill or Hwel, you add it to the comments below.

*In our senior English class, we read through the play with various students taking on various parts. We didn’t act; we just read. During “tryouts” for the parts, I had a cold which affected my voice. The teacher, Mrs. Iris Sackenheim, asked me to read for one of the witches. I sounded great, due to my cold. By the time we actually read through the play several days later, my cold was gone and so was my awesome witch voice. Say lovey.**

***Not that I personally believe in luck of any kind.

You can get Wyrd Sister at Amazon here.
Summary 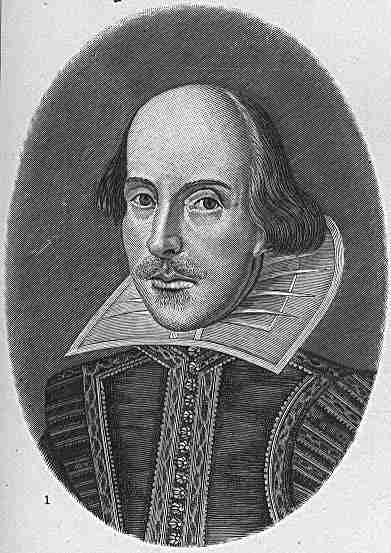