Terry’s second book in the Discworld series, The Light Fantastic, is for all intents and purposes a sequel to The Colour of Magic. That said, you could probably read it without having read the earlier book and still have a great time with it. There would probably only be a few small unexplained points that you might wonder about. Offhand, I can’t even think what those might be though.

As I’ve mentioned elsewhere, this book has no chapter designations. This is common to most of the Discworld books. The text flows from scene to scene more like a movie. There are physical gaps between paragraphs or a series of asterisks to guide you along the way.

It seems that Terry borrowed the title, The Light Fantastic, from the longer phrase “trip the light fantastic” which means to dance nimbly to music. This book title has nothing to do with dancing though. It’s all about the light, which I’ll tell you about in another post.

I’ll give you a hint for now that it’s got something to do with The Octavo. The Octavo plays an important role at the beginning of this book too.

From a room deep in the cellars of Unseen University, a fireball of magical light burst up through the library where it turned the librarian into an “orang outang”. He is henceforth always and only known as the (Head) Librarian. We never get to know his human name, and the Librarian much prefers it that way.

After the fireball makes it to the upper level of UU, it suddenly expands and in ghostly fashion becomes as big as the entire Disc, matching it in every detail – except three.

Rincewind, Twoflower, and The Luggage.

Our three heroes had been, at the end of The Colour of Magic, falling off the Disc – Twoflower inside the Potent Voyager and Rincewind and The Luggage simply through space.

If you’ve read The Colour of Magic, you will at this point have a few serious questions arise. What happened to Tethis? Wasn’t he in the Potent Voyager along with Twoflower? We know that The Octavo needed to save Rincewind, but why were Twoflower and The Luggage also brought back to the Disc?

Tethis was in the spacecraft with Twoflower, but Terry never tells us any more about him. The Potent Voyager returns to the Disc too – to the bottom of a large lake, so maybe Tethis eventually got out and returned to his home along the Circumfence. After all, he is a sea troll, so the water shouldn’t bother him.

Likewise, we get no explanation as to why Twoflower and The Luggage are spared. Obviously Terry wanted to keep the trio in tact, but he just doesn’t provide a logical reason for doing so. The best we get is that Twoflower’s “total obliviousness to all forms of danger somehow made danger so discouraged that it gave up and went away.” As for The Luggage, Twoflower “comforted himself with the knowledge that it was made of sapient pearwood, and ought to be intelligent enough to look after itself.”

Galder Weatherwax, current head of UU, is unaware of all this. So when all the magic has ceased, he thinks, “All that, just to make things stay the same?” Just about, Galder. Just about.

You can get The Light Fantastic at Amazon here.
Summary 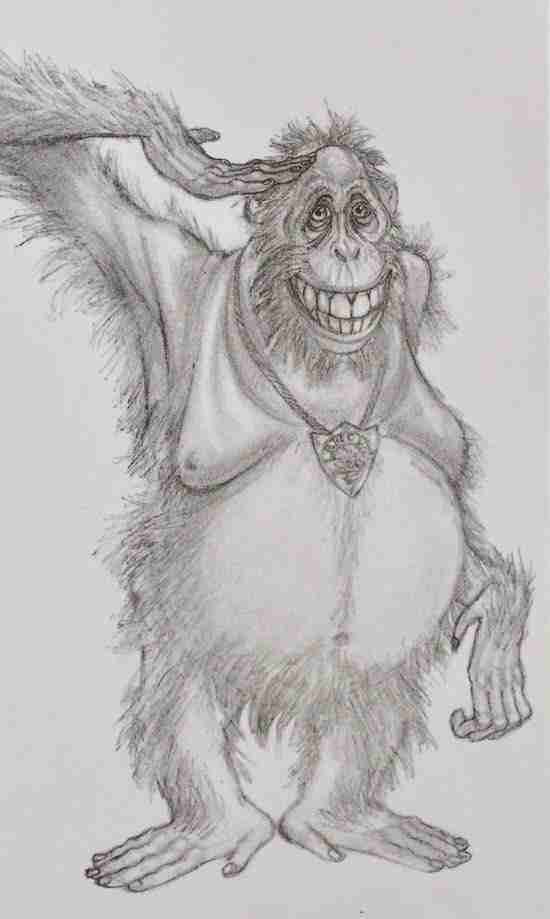