Whether you call them the Wee Free Men, the Nac Mac Feegle, or just plain pictsies, these little (mostly blue male) characters sure know how to steal a show – not too mention a ship*. You should have realized by now that it’s one or more of these men who have been talking in the golden box that begins each of these review posts.

There’s a fact about the Nac Mac Feegle that I tend to forget, and since maybe you do too, I’m going to mention it here up front because it colors everything else you learn about them.

The Nac Mac Feegle think they’ve died and gone to heaven…or at least some better place than they were before. Think about it. If you knew you were already dead, wouldn’t you feel free to do as you please? Well, what the Nac Mac Feegle please is stealin’ an’ drinkin’ an’ fightin’ – preferably all at the same time.

Now that you know a lot of what you need to know about the Nac Mac Feegle, I’d like to introduce you to a wee lass called Tiffany Aching.

Tiffany is a witch.

Not the name you’d expect to be given to a witch, you say? Correct. That’s the point.

At the beginning of The Wee Free Men, she’s just 9 years old. But she’s one of the wisest young ladies you’ll ever meet. She is also very highly respected. For example, near the end of this story we’re told this:

Then Mistress Weatherwax took off her pointed hat and bowed to Tiffany.

Whoa! Granny Weatherwax never, ever does that for anyone else.

In addition to being a witch, Tiffany is also the temporary kelda of the Chalk Clan of the Nac Mac Feegle. The kelda is the (relatively large) female leader of a clan. I won’t describe in detail how this came to be, but it’s important to know that, as kelda, Tiffany has the undying (so to speak) loyalty and fierce protection of the entire Nac Mac Feegle clan. No harm will come to her because the Feegles can get into any place at any time…even into dreams.

Terry’s imagination to this point is amazing. Sure, he probably is borrowing bits and pieces from other stories he’s read, but where’s the harm in that? I love how he’s put it all together here. And, if you find that you like this chapter book (a rarity among Discworld novels) about Tiffany and the Wee Free Men (book #30), you’ll probably like future stories about them as well. Still to come in this sub-series of Discworld are these books.

You’ve heard about love at first sight, right? Sure.

Have you ever had second thoughts about something you did? Of course, you have. But that’s not quite what Terry has in mind (so to speak) when he tells us, via the kelda of the Chalk Hill Clan, what First Sight and Second Thoughts really are.

The kelda explains to Tiffany:

Ye got that little bitty bit inside o’ you that holds on, right? That bitty bit that watches the rest o’ ye. ‘Tis the First Sight and Second Thoughts ye have, and ’tis a wee gift an’ a big curse to ye. You see and hear what others canna, the world opens up its secrets to ye, but ye’re always like the person at the party with the wee drink in the corner who canna join in. There’s a little bitty bit inside ye that willna melt and flow.

Tiffany, being the wise and mature young lass she is, makes good use of her First Thoughts and Second Sight (and more) to save herself, her brother, and others from the Queen of the Fairies. I’ll not get into that part of the story either, as it would be too much of a spoiler.

Apparently it has been argued that The Wee Free Men (and other Tiffany Aching books) are “children’s books”. I don’t know if Terry intended them to be or not. Sure, they have a young person as the main character. Chapters are involved. And maybe the language is a wee bitty bit simpler than in some of the other books in the Discworld series. But be that as it may, I don’t see that these are any less books for adults.

There are thoughts and ideas in them that would fly over the heads of many children (and maybe some adults), and that’s fine. Children will still enjoy the story itself just as much as adults do. I know because I’m an adult (according to most people) and I really, really enjoy the Tiffany Aching books.

A copy of The Wee Free Men that I have from the local library doesn’t classify it as YA. It’s in the Science Fiction section with all the other Discworld novels where it should be. I guess those who argue that this is a children’s book haven’t convinced the librarians of the world that it is.

I wonder what the Librarian would have to say about all this.

Find your own copy of The Wee Free Men at Amazon.
Summary 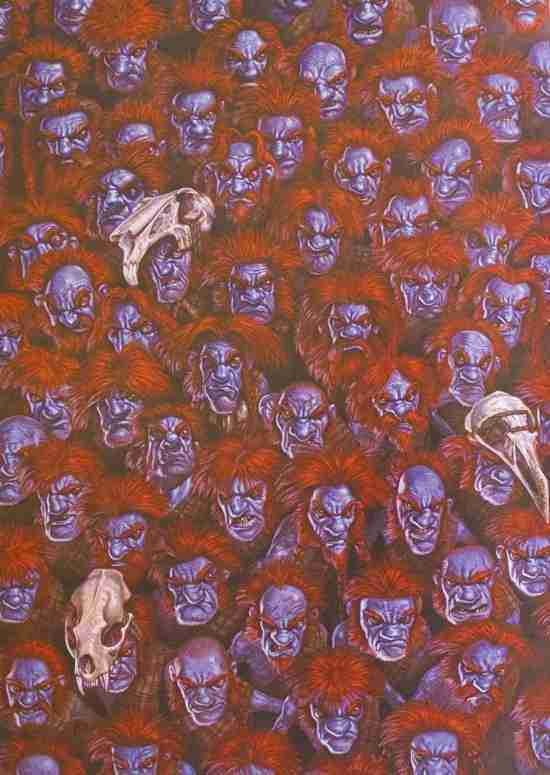