Lord Vetinari was the first to say it. “It must be true, Drumknott,” said the Patrician. “It’s in the paper.”

And so begins (actually, continues) the search for and the definition of the truth in The Truth. Let’s take a look at a few more instances of the definition first.

“It must be right,” said Mrs. Arcanum, to general agreement, “otherwise they wouldn’t let them put it in.”

“Truth was what he [William de Worde] told. Honesty was sometimes not the same thing.”

And finally…”William grimaced. It shows the truth,he thought. But how do we know the truth when we see it? The Ephebian philosophers think that a hare can never outrun a tortoise, and they can prove it. Is that the truth? I heard a wizard say that everything is made of little numbers, whizzing around so fast that they become stuff. Is that true? I think a lot of things that have been happening over the last few days are not what they seem, and I don’t know why I think that, but I think it’s not the truth…”

So, there we have some of Terry’s thoughts on the truth. Based on what’s been habbening [sic] over the past several months in our roundworld (in the Year of the Virus and the Year of the Steal), I’d say Terry was spot on.

The thing about the truth is that, just like in the movies (which is what we seem to be watching in real life), the good guys always win, especially because they’re on God’s side. The true truth emerges because you just can’t hide it forever. Sometimes, you can hide it for a long, long time, – decades, centuries, even – but not forever.

Sooner or later, enough people will wake up to the truth that what they’ve been told isn’t really the truth. When enough people get fed up with what they now know to be lies, they take action to get rid of the liars. There are more honest people than dishonest. Be honest yourself and join hands with other honest people, because where we go one, we go all.

Who Is Deep Bone?

I’m going to spoil this for you, if you haven’t read the book. Deep Bone is Gaspode the Wonder Dog, even though he sometimes looks like a pink, French poodle in the company of Foul Ole Ron and the gang.

Gaspode is one of my favorite (minor?) characters on the Disc – probably mostly because dogs can’t really talk. Right?

The New Firm Comes to Town

Into Ankh-Morpork stroll Mr. Pin and Mr. -ing Tulip – the New Firm – one day. (That’s not an abbreviated vulgar word there. That’s how Mr. Tulip himself talks.) Somehow they side up with some prominent people who want to put their own leader in the Palace. (Sound familiar?)

They find an actor who looks just like the Patrician, Lord Vetinari, and plot to replace the one with the other. (Sound familiar?)

Sheesh. Was Terry an American prophet?

Otto Chriek, the vampire (reformed) iconographer is an intelligent and funny guy. I mostly include him here because he takes a good picture, yesno? 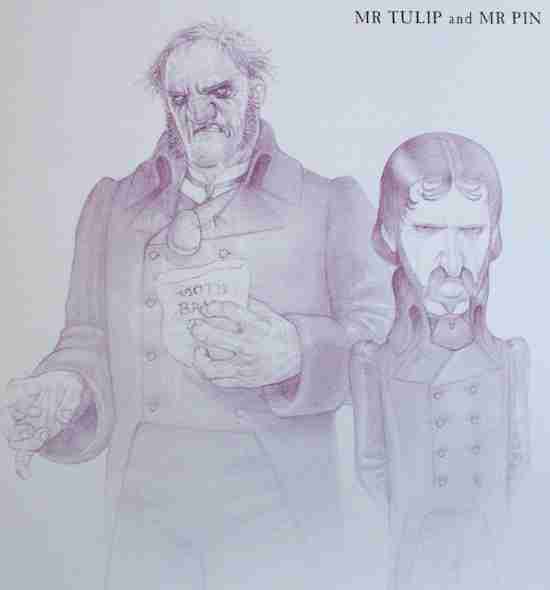 Article Name
The Truth Must Be True. It’s in the Paper.
Description
A Few thoughts about the truth - then and now.
Author
Gary Sonnenberg
Publisher Name
Narrativium Reviews
Publisher Logo