If you’ve been reading these posts in the order I posted them (a good idea but not essential), you may be wondering at this point just how far along in The Colour of Magic you should have read to keep pace with me.

I’ve skipped around a bit and gleaned parts from hither and yon and put them together in posts…I’m a little confused myself.

So with this post I will try to remedy this situation. This post will first be a whirlwind tour (I bet you expected me to say, “a Rincewind tour” there, didn’t you?) through the chapter The Sending of Eight, even though I’ve covered some important parts of it already.

5) Twoflower heads to Temple of Bel-Shamharoth. What else would a Tourist do?

6) Rincewind snubs Death (again) and is “rescued” by Druellae the dryad.

7) Rincewind escapes Druellae’s tree and is transported to the Temple.

7a) Hrun and The Luggage also make it to the Temple. Where else would a hero go?

9) Sapient sword Kring says, “Eight”. Hey, someone had to.

10) Bel-Shamharoth (the dude on the cover of the Octavo) appears but is foiled when the salamander “flash” on Twoflower’s iconograph* blinds him.

11) With The Sender of Eight gone, Time returns to the Temple which dissolves.

12) Our heroes probably ride away on their horses. No mention of a sunset.

What Does This Mean?

It means Rincewind needs to find a new place to cheat Death.**

*On a tripod of sapient pearwood.

**And that Terry thinks the gods like to play games with the lives of people. 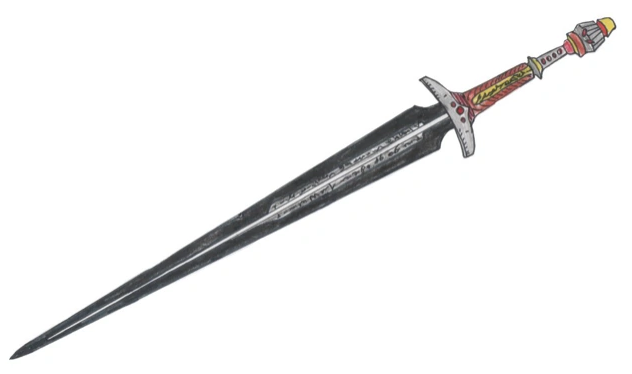 Article Name
The Sending of Eight: A Brief
Description
A quick summary of the goings on in the chapter The Sender of Eight.
Author
Gary Sonnenberg
Publisher Name
Narrativium Reviews
Publisher Logo