Terry claims, in the introduction to The Last Continent, that “this is not a book about Australia.” Obviously we’re not supposed to take him seriously there any more than we do in many parts of his novels.

That’s what makes them so much fun.

As an example of this book (not) being about Australia, consider this paragraph, which I have reformatted to make it more…uh…lyrical.

Once a moderately jolly wizard
Camped by a dried-up waterhole
Under the shade of a tree that he was completely unable to identify.
And he swore as he hacked
And hacked at a can of beer, saying,
“What kind of idiots put beer in tins?”

The wizard mentioned above, by the way, is Rincewind.

Doesn’t that sound to you almost exactly like this ditty?

Once a jolly swagman
Camped by a billabong
Under the shade of a coolibah tree.
And he sang as he watched
And waited till his “Billy” boiled,
“You’ll come a-waltzing Matilda, with me!”

Am I right? Yesno?

If that’s not enough to convince you that this story really is about Australia, just look at the names of some of the characters.

Crocodile Dongo – A number of years ago, there were some movies featuring the Australian character called Crocodile Dundee.

Strewth – Mentioned only briefly, Strewth is an Australian shortening of the phrase, “It’s the truth.”

Bluey – There is an Australian adults’ TV show (masquerading as a kids’ show) about an animated dog (and her family) named Bluey.

Fair Go Dibbler – “Fair go” is basically an Australian phrase. Fair Go Dibbler’s wares could certainly qualify as Australian as well. Not that you’d still ever want to eat any of them. Also, I appreciated learning the names of many of Dibbler’s relatives in this novel. I’m pretty sure some of them are only mentioned here in passing, but it’s still fun to hear of them.

She’s not an Australian character, but Mrs. Whitlow surprised me in The Last Continent. I had always considered her somewhat overweight and motherly. Apparently she looks pretty nice in a bikini. At least, she did to the Senior Wrangler while they were on Mono Island. Not that this fact makes the book any more Australian, but it is something I thought worth mentioning.

As of this writing, I’ve read The Last Continent twice. It had been quite a while since I’d read it the first time and was very pleasantly surprised to rediscover that Rincewind made another appearance. And then when Archchancellor Bill Rincewind showed up as the head of Bugarup University (a proper noun that’s never actually used in the book…only it’s abbreviation “BU”), I smiled a big smile again.

Can you tell I really enjoyed The Last Continent?

Enjoy your own copy of The Last Continent from Amazon.
Summary 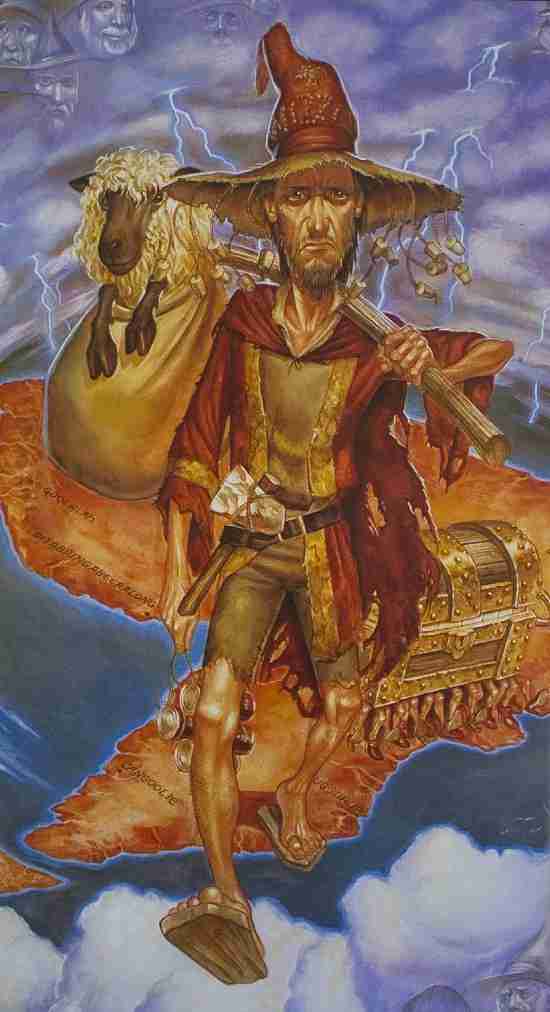