And now we return to Krull. Way back at the beginning of The Colour of Magic, we were introduced briefly to Krull. Their astrozoologists were obsessed with finding out all they could about the Great A’Tuin. I’m sure one of the reasons for this was the location of Krull. The island leaned out over the Edge of the Disc. In places, you could see the turtle and even an elephant, if the dark was just right.

Here too we encounter one of the more interesting inventions on the Disc – the Circumfence.

We’ve heard about the Rimfall which is where water meets the Edge and falls over it, creating the Rimbow.* In ancient times, inhabitants of Krull developed the idea of the Circumfence and over the years implemented the concept over tens of thousands of miles along the Rimfall.

I think the idea was ingenious. Just imagine all the stuff you could catch in such a net. And not only stuff, but people too – like Rincewind and Twoflower.

Unfortunately, if you were a living, sentient being and you got caught, the Krullians made a slave (minus your tongue) of you.

Rincewind and Twoflower are about to become such slaves, thanks to Tethis, the sea troll from Bathys – the world from which he fell, only to land on the Disc.

Before Tethis takes them to Krull, we discover another cool invention that I think foreshadows the clacks – a communication system we’ll discuss in later books.

One line of the Circumfence net passed through Tethis’ home. Inside, it had “complicated devices of levers, strings and bells.” The bells transmitted messages much like Morse code does in combination with a telegraph.

Tethis received a message that Rincewind and Twoflower were not to be taken to Krull to become slaves after all.

What?! Rincewind not in danger?

The course of their lives, if not the destination***, has changed seemingly for the better.

We’ll talk more about both of them next time.

By the way, The Luggage is trying its (level?) best to keep up with them, no matter which one – Rincewind or Twoflower – it currently thinks of as its owner.

More about the trials and tribulations of those who encounter The Luggage on its journey next time too.

*Made of a normal rainbow of seven colors and a band of octarine** all by itself.

**According to Rincewind, octarine looks greenish-purple.

Get The Colour of Magic at Amazon.
Summary 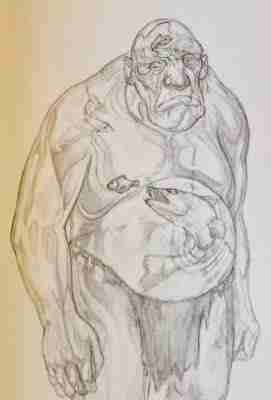