I have no idea why.

So…moving on to Part 7 of our discussion of the similes and metaphors in Equal Rites.

On the other hand, I really dislike the word “bile”.

Page 147 – She stopped herself just in time, like a child with a toy toboggan who expected a little gentle slope and suddenly looks out of the magnificent mountains, snow-covered, stretching into the ice-fields of infinity.

First, I’m wondering if there is maybe a typo here. Wouldn’t it make more sense to use the preposition “at” instead of “of” in that sentence?

Second, you need to know that this was Esk who almost tried to Borrow the mind of the Great A’Tuin, the world turtle on whose back were four elephants on whose backs the Discworld rested.

The metaphor itself is, of course, very well-suited to the circumstances. Whether you’re on a long toboggan or a single-person sled doesn’t really matter. It’s where you were about to go that makes all the difference…in the world.

This sentence immediately follows the previous quotation. I thought about combining them into one passage, but each is actually worth treating individually.

Now that you know whose mind Esk nearly Borrowed, this one makes a lot of sense. It would simply be impossible to do.

Drinking in all the sea sounds like a punishment one of the old Roman gods might have inflicted upon one of his fellow gods.

I’m sorry if you don’t live in a climate where it snows. You’re missing something everyone should get to experience at least twice.

Snowflakes almost always swirl. If there is the slightest breeze while they’re falling, they swirl.

The problem that Esk saw here was that stars – though they make look a little like snowflakes – aren’t supposed to swirl.

Page 151 – The Thing screeched like a chainsaw encountering, deep inside an unsuspecting sapling, a lurking and long-forgotten nail.

I have never used a chainsaw myself, but I’ve been in the presence of one in action. Fortunately, no nails were encountered.

I don’t remember the instance – and maybe it was only on TV or online – but I seem to recall hearing the screech that the collision of a chainsaw and a nail do make.

It ain’t a pleasant sound. Never mind the feeling the chainsaw operator must have.

Page 151 – The creature howled, bent double, and then toppled slowly, like a sackful of coathangers.

I’m quite sure you just have to use your imagination on this one. I’m almost certain Terry did.

Page 151 – The Things had all the grace and coordination of a deck-chair.

These Things, by the way, are creatures from the Dungeon Dimensions.

Don’t ask. You really don’t want to know. Trust Terry on this.

Why has no one been able to create a truly elegant deck chair? We’re talking the chaise lounge type, right?

Is it just inherent in such a piece of furniture to be awkward?

These are not the Ramtops. These mountains are in that strange in-between place where Esk encountered the Things. That’s why they have no snow on them and very little shape.

I never liked getting dirty when I was young, so I didn’t play in the mud and make mud pies. The closest I ever came was making sand castles (well, not actually castles….) in the sandbox in the backyard.

Still, I know what mud pies are, as I’m sure you do too. So this metaphor is easy enough to picture.

Page 155 – Fighting her was like swatting a fly on your own nose.

This is Archchancellor Cutangle describing what it had been like trying to out-magic Granny Weatherwax in a duel.

You might – just might – be able to beat her, but you’d likely end up hurting yourself even more. And then she might only be dazed and get up and make your like more miserable than it had been before.

Page 157 – It was the kind of storm that suggests that the whole sky has swallowed a diuretic. The thunder and lightning hung around in the background, supplying a sort of chorus, but the rain was the star of the show. It tap-danced across the land.

Yet another word that I really dislike. I’ll let you guess which one.

It’s true there’s not a “like” or an “as” to be found in this passage. There isn’t even a sentence that explicitly says one thing is another, though the middle one comes close.

And yet, this is definitely a metaphor, and a clever one at that.

Terry compares this rain storm to a tap dancer on a stage. The dancer is there to make a lot of clicky, clacky noise for as long as possible.

I’ve heard someone (Hawkeye Pierce was the first, I think) compare rain to the sizzling of a steak on the grill, but I think I like the tap dancer just as well.

How about you? Have you heard any other comparisons for the sound of rain?

This is the end of the penultimate post. Just one more to go. 7A, here we come. 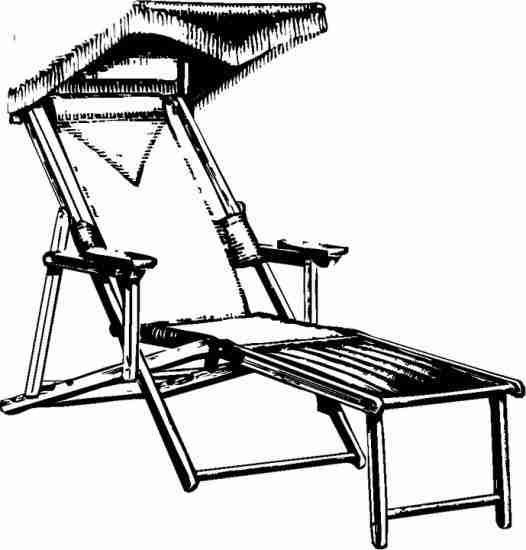