The first time I read Night Watch, I remember thinking that the big fight scene – the reason for the lilacs – was a major portion (page-count-wise) of the book.

Upon second reading, I see that it really isn’t.

The majority of the story is what leads up to the fight. It’s about the Glorious Revolution of the 25th of May. It’s that whole scenario that Terry uses to tell us what he thinks about some roundworld governments.

The Cast of Characters

As the title suggests, by far, the largest portion of the cast of Night Watch contains members of the Watch – both the current-day Watch and that of about 30 years previous.

That said, the story is mainly about Vimes / Keel and his date with Carcer. I won’t spoil it for you by telling how that went.

There are a fair number of assassins who make appearance in Night Watch as well.

Now granted, that’s a mighty short list compared to those in the Watch, but in most Discworld novels you rarely hear of more than one or two mentioned by name.

Thief of Time as a Prerequisite

Virtually all the Discworld books stand on their own; that is, you don’t really need to read them in any particular order. (But I suggest reading them in the order in which Terry wrote them.)

However, I think it would really help to have an understanding of the History Monks and what they can do with Time before you reading Night Watch. To get this knowledge, you should read Thief of Time.

Get to know Lu-Tze and Qu in that story so they don’t totally surprise you when they appear in Night Watch. Well, they might still surprise you, but that can’t be helped.

When you’re ready, get your copy of Night Watch here.
Summary 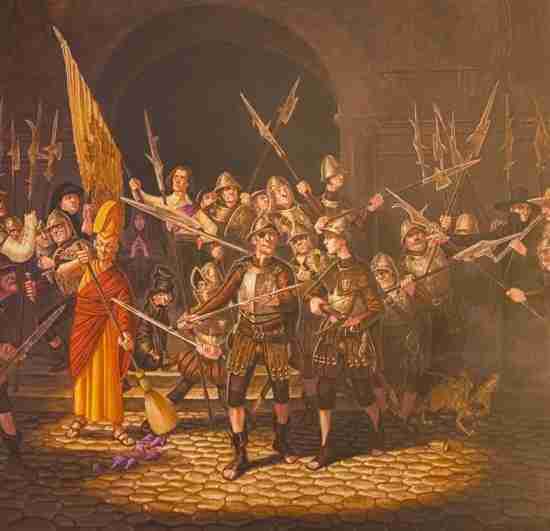