All dese metterfors an’ not one noote aboot a Feegle.

Aye, but tha’ dosna mene we be not ther!

Whether there are Feegles lurking in the background or not, on we go with the sixth in this series of articles about the metaphors and similes Terry used in Equal Rites.

Page 125 – And then there were warts. Without any effort Nanny managed to get a face like a sockful of marbles….

Sure, Terry could have said “bagful of marbles”, but that just wouldn’t have had the same effect, would it?

Page 127 – And there was no mistaking the figure that climbed on to the lecturer’s dais like a badly-strung puppet, bumping heavily into the lectern and absent-mindedly apologising to it. It was Simon. No one else had eyes like two raw eggs in warm water and a nose bright red from blowing.

I combined two similes here because they both refer to Simon.

When Terry says “puppet” here, think of a marionette. That’s the kind that has strings attached to crosspieces from above. It’s hard enough (I imagine) to control one of those puppets even when the string are properly aligned and are the correct length. What if one or more of them were not? Or if they got tangled?

That was a moving Simon.

And the raw eggs…well, there you’ve just got slimy stuff dripping all over the place, haven’t you?

(I prefer my eggs scrambled.)

Page 129 – Then the chalk would start again, curving across the darkness like a comet, trailing its dust behind it.

As time goes on, this metaphor will need more and more explanation.

Even today, many (most?) schools don’t have chalkboards in the front behind the teacher.

In a schoolroom, a chalkboard is a large piece of slate hung on a wall. You can draw on it with a piece of (usually white) chalk to help the students learn what you’re attempting to teach them.

Chalk doesn’t always behave as cleanly as you might like. It can create dust – commonly called chalk dust – which may under the right conditions resemble a comet’s tail – though I’ve only ever seen such a reference in the quote above. Simon’s piece of chalk was really moving.

Page 129 – They seemed for all the world to be clustering like moths around a light.

We’ve covered the moth-and-light or flame problem earlier. So suffice it to note here that the moths are creatures from the Dungeon Dimensions and the light is Simon.

Page 135 – A huge grimoire plunged from its eyrie on the topmost shelf – tearing itself free of its chain in the process – and flopped away like a frightened chicken, scattering its pages behind it.

Page 136 – Silence settled like thick velvet, wave after wave of it.

I like how Terry can take what most of us would consider the absence of something and make it feel like an actual object.

Silence is the absence of noise, but in Terry’s world it’s several pieces of soft cloth.

Soothing. Brilliant, in a velvety sort of way.

Page 136 – A hand like a fine leather glove slipped gently into hers and a voice behind said “Ook,” very softly.

And so Esk meets the Librarian. It could have been more shocking. She could have seen his face or his body before touching the glove-like hand.

I mean, if you didn’t know what the hand was attached to and that no glove was actually involved….

Page 139 – She laid an ear on his xylophone chest and listened to his heart.

The characters are Granny and Simon.

Sometimes you can create a metaphor without even using the word “like” or “as”. In the hands of an artist, it works just as well.

Terry could have said “chest shaped like a xylophone” or something lame like that, but there was no need to in this case. “Xylophone chest” says it all.

Granny is asking Esk which was the wizard called Cutangle.

He was the fat one.

I’m not sure which one Granny thought was the vinegar. It doesn’t really matter. She apparently thought there was virtually nothing to him. Vinegar is a clear liquid like water. I’ve never seen it leave a streak anywhere.

Page 143-144 – Cutangle stood with legs planted wide apart, arms akimbo and stomach giving an impression of a beginners’ ski slope, the whole of him therefore adopting a pose usually associated with Henry VIII but with an option on Henry IX and X as well.

Like the xylophone above, here’s another comparison without need of the comparator.

My guess is that you’ve either seen such a ski slope or a portrait of Henry…or both. (It’s Henry for me.)

Terry is indirectly comparing Henry VIII (and his successors) to the ski slope too. I think the metaphor would have been lost on the monarch.

Page 144 – They [Granny’s eyes] were perfectly silver, like little round mirrors, reflecting all they saw. Cutangle was a vanishingly small dot in their depths, his mouth open, his tiny matchstick arms waving in desperation.

There’s not a lot to say about this one. In a way, it’s two metaphors that are connected in Granny’s eyes. I’ll just leave it at that.

Page 145 – The buzzing was louder now, so that the air roared like a three-week corpse on a summer’s day.

How would he know? Who has ever left a corpse out in the open for three weeks in summer?

I first thought “human corpse” when I read this. I suppose he could mean “animal corpse”. In any case, such a body would attract flies – lots of them.

On that cheery note, we’ll stop for now and look forward to something hopefully more like a live body in part 7. 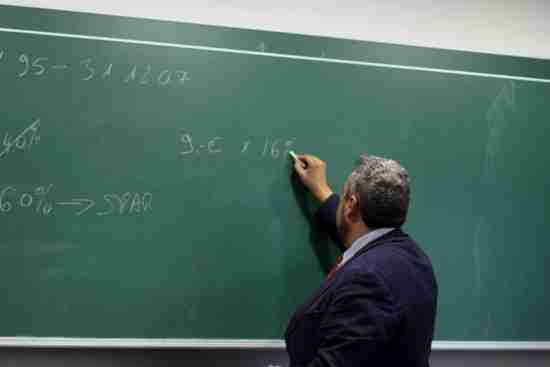