Crivens! It be aboot time!

If you’re unsure why this last in the series, the one that follows part 7 and would precede part 9, if there were one, is termed “7A”, then I refer you to the footnote in this first part in the series.

If you need more help understanding the numbering than that, you haven’t read enough Discworld novels yet. Fear not (or fear, as the case may be), you’ll unnerstan soon enough.

And now, we conclude with the last dozen metaphors and similes in Equal Rites.

Page 165 – The tone of voice cut through him like a diamond saw.

This is the third “saw” metaphor we’ve encountered in the book. The first was a bandsaw, and the second was a chainsaw. I see what Terry saw in these references.

The “voice” here is – not surprisingly – Granny’s. The “him” is Cutangle.

All Granny had said was “Right”, but with Granny, even a single syllable could be too much.

I’m not sure whether Terry meant a saw that could cut through diamonds or a diamond-tipped saw. It doesn’t really matter, does it? Cutangle would have been grievously harmed by either.

Granny is speaking again. She’s describing her grip on Esk’s staff that she had just pulled out of a patch of ice in the River Ankh. (Long story. Read the book.)

The ice made it cold, but the magic must have made it hot.

Since there’s really nothing comparable to a hot icicle, this is another one of those times Terry expects you to use your head – in particular, your imagination.

Page 168 – Rain gushed across the leads of Unseen University and poured into the gutters where ravens’ nests, abandoned since the summer, floated like very badly-built boats.

This is the same rainstorm we encountered in Part 7. I think one of the reasons Terry chose this simile was for its alliteration. That bundle of b’s bumping up against each other make you slow down and think about this one.

It seems ravens don’t build nests as neatly as some other birds.

Page 168 – Whole ecologies lived in the endless rooftops of the University, which by comparison made Gormenghast look like a tool-shed on a railway allotment….

I had heard of Gormenghast somewhere in the distant past. This is the metaphor that got me to check out the books about it. (To date, I’ve only read one of them.)

Gormenghast is a huge, complex building that doesn’t hold a candle to UU. I can’t picture the tool shed described, but it must be an extremely simple structure. I have the feeling they are more common in Britain than in the US, but I could be wrong.

Page 169 – He [Treatle] found his little clip of [cigarette] papers. They were fused into one lump, like the legendary pound note found in the back pockets of trousers after they have been washed, spun, dried and ironed.

Amercians, substitute “dollar bill” for “pound note”, and you know exactly what he’s talking about.

Page 170 – “I mean give us a hand!” snapped Cutangle, rising from the wavelets like a fat and angry Venus.

Cutangle is yelling at Treatle in a waterlogged University. I’m pretty sure Terry means Venus the planet, not the de Milo statue.

I’ll grant you that this one is rather difficult to picture.

So ants are to eggs as wizards are to books. How Terry knew about ants carrying their eggs when in dire straits, I’m sure I don’t know. I don’t doubt that it’s true. It’s just amazing how well-read he must have been.

Page 177 – This last cigarette owed a lot to the creative powers of nervous energy, and looked like a camel with the legs cut off.

It was Cutangle’s cigarette. The only question I have here is whether he meant dromedary or Bactrian.

Page 177 – It [Esk’s staff] blazed like a comet designed by an inept special effects man.

If you’ve never taken time (and effort, which admittedly might be the hardest thing to supply) to watch a “good” B class scifi movie with all its inglorious special effects, you may have a tough time picturing the staff at this point in time.

Tell you what…Come back here after you’ve watched one. You’ll appreciate this metterfor much more.

Page 178 – Snakes of white fire coruscated along its length.

Still talking staff here. I’ve seen the word “coruscated” before but never bothered to look up its meaning. There’s something about Terry’s writing that makes me want to know what each syllable means. In this case, it’s “sparkled”.

The metaphor – snakes equaling fire – is almost secondary here. Fitting, but nearly in the background of the coruscation.

In fact, the whole next paragraph is dedicated to the word. Okay…I won’t leave you in suspense on this one.

(There should be a word for words that sound like things would sound like if they made a noise, he thought. The word “glisten” does indeed gleam oilily, and if there was ever a word that sounded exactly the way sparks look as they creep across burned paper, or the way the lights of cities would creep across the world if the whole of human civilisation was crammed into one night, then you couldn’t do better than “coruscate.”[)]

Sorry, but my book is missing the closing parenthesis.

Page 178 – Other colours blurred and ran together, as though the light was a glass of gin poured over the watercolour painting of the world.

Still talking staff here. Makes you wonder if Terry had ever poured a glass of gin over a watercolour painting, innit?

Page 180 – The staff looked as menacing and potent as a piece of kindling.

For the final metaphor of the book, Terry throws in some sarcasm. I suppose you could argue that this isn’t really a metterfor at all, just sarcasm, but it makes me feel better somehow to end on page 180 than on 178. Weird, I know.

So that’s it! I hope you enjoyed our metaphorical journey through Equal Rites. If you arrived here without reading some or all of the previous seven parts, I think you’ll enjoy going back to find them. Each one should be just a click away from its predecessor.

On the other hand, if metaphors aren’t your “thing”…no…if you don’t like metaphors, it’s almost impossible to like Terry Pratchett and the Discworld. So just go read them all. 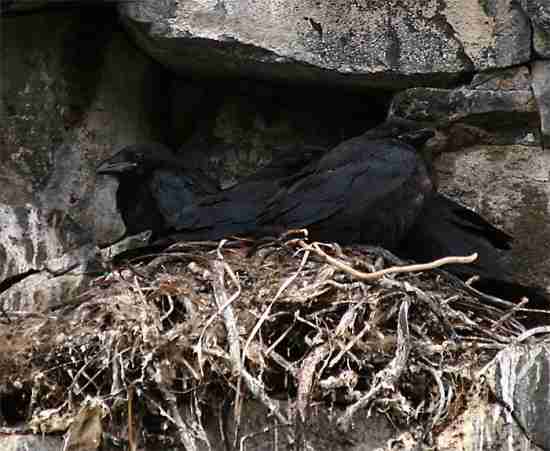 2 thoughts on “Metterfors in Equal Rites, Part 7A, the Last”