I think it’s time to tackle some of the more unusual (relatively speaking) Ideas that exist in Discworld’s universe. These are items I’m lumping together because they don’t fit into the Persons, Places, or Things categories.

The first of them you can find in the opening paragraphs of The Colour of Magic.

These Ideas are espoused by religious leaders and academics, respectively, from Krull. Members of both groups could be called cosmochelonians. They concern the movement of the Great A’Tuin (a turtle) through space.

The Steady Gait Theory states that A’Tuin came from nowhere and would continue into nowhere (in particular) forever at a “uniform crawl”; that is, a Steady Gait.

The Big Bang Hypothesis says that A’Tuin started at the Birthplace and was headed toward the Time of Mating, as were all stars – obviously. When they all got there, they would mate once. From that “fiery union”, new turtles would be born to continue the process into the future. This explanation should be as graphic a description as you need. However, if it’s not entirely clear to you yet, go ask your father.

I should, I suppose, state the scientific reference for the non-scientific readers among us. (No offense intended.)

These days most of the scientific world (in our universe) holds to the Big Bang theory for the origin of our universe. In days gone by, there was an alternative theory called the Steady State which basically said that everything always existed. I don’t think many believe that to be true anymore, but that’s where Terry got these ideas from.

The Law of Conservation of Reality

The phrasing of this law tells you that it’s likely related to our Law of Conservation of Matter. Keep that idea on a back burner of your mind for the next few minutes.

The Discworld Law, as explained by Rincewind (which doesn’t lend much to it’s credibility) goes something like this…”the effort needed to achieve a goal should be the same regardless of the means used.”

Stop and let that try to seep into the crevices of your mind for a minute.

No? You’re probably not alone. Perhaps Rincewind’s example will help.

On the other hand, say you want to levitate a real wine glass using thought only, not your hands. This is much more difficult, so it takes hours of preparation. Without it, the principle of leverage states that raising the glass would also flick your brain out through your ears. Remember that the next time you encourage someone to “think harder” about the answer to a question or the solution to a problem.

The Eight Great Spells of The Octavo

No one currently living on the Disc knows what the Eight Great Spells are. And maybe no one ever did. The person who accidentally knows the most about them – sorta – is Rincewind. Actually he only knows seven of the eight words of one of the spells. This one spell, which has become known as The Spell, jumped into his brain when he opened The Octavo. We know he much know seven-eighths of it (at least) because one time he spoke those seven words. Circumstances beyond his control fortunately (we think) prevented him from speaking the entire Spell.

The reason everyone is quite sure The Octavo contains evil spells (or worse) is that the book shows the demon Bel-Shamharoth on the cover.

All of this is related to a reason wizards avoid the number eight at all costs. Quoting Rincewind quoting something he read or learned in reference to Bel-Shamharoth, “The Soul Eater. His number lyeth between seven and nine; it is twice four.”

Avid readers of sci-fi will see a similarity between Bel-Shamharoth and Cthulhu. For those of you who know who that is, nuf said. For those who don’t, rejoice in your ignorance. As evidence of this connection, when Rincewind necessarily encounters Bel-Shamharoth, we’re told, “…the abused spirit of Bel-Shamharoth sank through the deeper chthonic planes….”

Granted, chthonic isn’t the same as cthulic (if there is such a word), but for me it’s close enough.

The Mage Wars and Their Remnants

Terry’s description of the ancient Mage Wars reminds me of what heaven may have been like when Satan and his followers were thrown into hell. Not that we really know anything about that time, but don’t don’t know much about the Mage Wars either.

What we do know about the latter is what remains as a result of their occurrence.

This is why, in such an area, a tossed coin can land as heads, tails, or on edge, or it can turn into a small, yellow caterpillar, or it can simply vanish.

Time Does Not Exist

The deceased, yet still ruling, leader of Wyrmberg, Greicha the First, believes that time doesn’t exist.

I’m inclined to agree with him, though I won’t go into my reasoning here. It’s quite different from his.

This is what Greicha knows about this idea.

As a dead person, he is able to “see everything that has happened or will happen, all at the same time….”

This causes problems for him though. If time doesn’t exist, he can’t keep cause and effect, the order of events, straight. He says, “Imagine every moment being at one and the same time a distant memory and a nasty surprise and you’ll see what I mean.”

Ah, Terry. Thank you for twisting our minds. 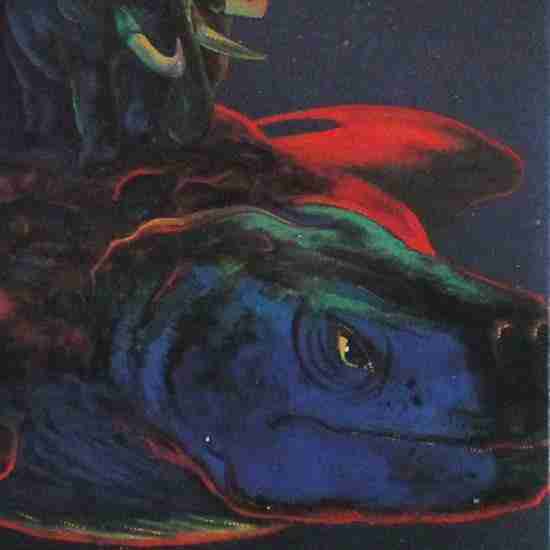