For those who want to learn to write as well as Terry, there’s probably no better place to start than with his imagery; that is, his similes and “metterfors”. So I’ve collected virtually all of them from Equal Rites and will walk through them here with you.

I don’t claim to have found every single one of them, but I think I’ve got the vast majority of them to discuss with you. In any case, there are over 90 that I’ll look at starting in this article and continuing for a total of 7A* articles. That will give us roughly a dozen similes and metaphors to talk about per article.

I’ll mention the page number I found each figure of speech on. This may only help you if you have the same copy of Equal Rites that I do. My edition was published in 1987 and is known as the Book Club Edition from the New American Library. It has a total of 183 numbered pages, so that’ll give you something to go on, if you want to look it up in your own copy.

If you have an electronic version, you can do a search for a piece of the metaphor. That should take you right to it rather quickly.

And now: How to write like Sir Terry Pratchett (or at least, learn much about what makes his writing so good).

Page 1 – “Their world, bounded by an encircling ocean that falls forever into space in one long waterfall, is as round and flat as a geological pizza, although without the anchovies.”

“Their world” is the Discworld, located in a universe in which everything in the book series takes place – well, almost everything.

All metaphors depend on you, the reader, understanding the reference being used in the comparison. Even though Terry was British, most Americans will “get” most of his comparisons. There are a few I’ll explain in more detail, but “pizza” isn’t one of them.

You know what a pizza generally looks like. Sure, there is the occasional rectangular pizza (looking at you, Rocky Rococo), but your first thought when you hear of the food is something circular. And that’s good in this case because the Discworld is just that – a disc.

It’s not quite as flat as a pizza, due to the Ramtop Mountains and Cori Celesti in the center, but the comparison still holds up well.

I’m glad there are no anchovies.

Page 5 – “As the smith called excitedly up the stairs it [the cat] jumped down and padded slowly across the floor, purring like a bandsaw.”

If, like me, you’re not familiar with the sound of a bandsaw, check out the first few second of the video below.

That wasn’t quite what I was expecting for a purring cat. In my head, I heard a lower tone. Maybe the bandsaw in Terry’s head didn’t sound exactly like this one either.

I think the main point is that bandsaws are relatively noisy.

Granny Weatherwax had just taken an axe to the wizard’s staff, hoping to cleave it in twain. Instead, the blade of the axe flew off the handle (no pune intended), went flying through the air, and took a nick out of Gordo Smith’s ear on its way to burying itself in the door by his head.

I must have heard a partridge in flight at some point in the past because I know what the axehead sounded like in flight. In case you don’t, here’s another video clip. (Technically, this is a sage grouse, but it’s such a good clip and the effect is the same so….)

This is one of my favorites. Terry sometimes gets more mileage out of a simile than he should be allowed.

This one is a comparison on two levels and is funny to boot. Magic lies low both like a rake in the grass and like another simile most people have heard – like a snake in the grass. You’re supposed to call both of these to mind.

Why? Because Terry wants you to think of magic as something as dangerous as a snake and as (potentially) slapstick as someone (usually in a cartoon) stepping on a rake and having the handle fly up and whack them in the face.

If you can ever come up with a double comparison like that, go for it!

Page 11 – “The clouds hung around the Ramtops like big fat sheep, filling the gulleys with snow and turning the forests into silent, gloomy caverns.”

Sheep are probably often compared with clouds, but notice how specific Terry gets here. They’re “big fat sheep”. Gives you a much clearer picture of these clouds, doesn’t it?

I suppose you could say that calling the forests “caverns” is another metaphor here. I’ll just leave that one sit there, gloomily, for you.

Page 12 – “Even the sky pressed in like an old mattress, and the air felt stuffy, despite the snow.”

If you’re young (and by that I mean under 30), you may not have much experience with an old mattress. Give it time. You will.

Then again, modern mattresses may not become “pressed in” like the old ones did after years of being laid on. If your grandma hasn’t replaced hers recently, check it out. Then you’ll know what the sky was like on the Disc at this time.

Page 17 – “The sun was a red ball above the mountains, and there were already a few stars out.”

You could say that this isn’t technically a metaphor, but when I read “ball”, I first think of the bouncy sphere you play Four Square with.

Sometimes the simplest metaphors are all you need.

Esk had just run outside from Granny’s cottage. It was a cold day in winter. Terry could have said, “She immediately felt the icy cold.” But what is that compared to the striking of a knife?

Hopefully you’ve never actually been stabbed with a knife, but you may have cut yourself on one. Even that kind of a slice gives you some idea of how the cold went through Esk that day.

Page 18 – “There was a cheese-rind moon and a sprinkling of stars, small and bright and pitiless.”

That “red ball” is gone and the moon, which everyone knows is made of cheese (right? Or isn’t that common knowledge these days?), is out, doing its best impression of a cheese rind.

Cheese rind is the outer coating cheeses can get during their manufacture. You may never have seen one, if all you ever see of cheese is Kraft single or Big Macs. Over there is what one looks like.

Note the rough texture which is similar enough to the surface of the moon to make a decent metaphor.

Page 20 – “Smith heard a sound in the sky as he hurried along the track. So did Granny. It was a determined whirring sound, like the flight of geese, and the snowclouds boiled and twisted as it passed.”

Remember that partridge (aka grouse) above? Imagine that times 20 or so.

This video is pretty good, if you can ignore their honking.

Now imagine that you know it’s not geese but a single wooden staff making all that noise!

Page 36 – “A sound like tearing cloth came from behind her. Granny had fallen asleep.”

That’s Granny for ya.

Page 38 – “After some searching, she [Esk] found the eagle. She almost missed it. Its mind was small, sharp and purple, like an arrowhead.”

I assume the arrowhead comparison here really only relates to the smallness and sharpness – not the purpleness.

Now, there are plenty of other objects that are small and sharp (and some of them may have worked in this metaphor too), but I think Terry chose the arrowhead because it’s something that is dangerous if not handled carefully. Esk was treading in dangerous territory here when Borrowing the eagle.

See how Terry does it? You sorta do already, right? Well, I’m going to stop here for now with Part 1. Part 2 will commence another day with about a dozen more of these figures.

*That’s not a number in hex. It’s the unspeakable digit between seven and nine.

You can get Equal Rites at Amazon here!
Summary 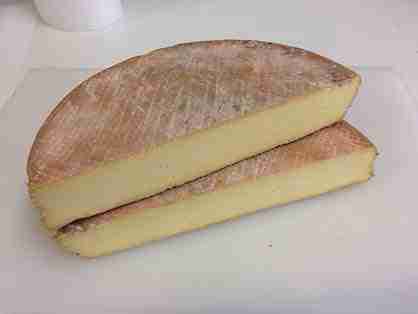 2 thoughts on “How To Write Like Terry Pratchett: Similes and Metaphors in Equal Rites”