The first time I read Pyramids, I think I read it too fast. I didn’t quite get” the way that Terry made the pyramids work.

After a second reading, during which I took my ever-lovin’ time, I came across the passage quoted below. It is essential to comprehend this explanation of how pyramids work to make any sense of the rest of the story.

From page 113 of my hardback, New American Library, ROC edition, I quote…

Pyramids are dams in the stream of time. Correctly shaped and orientated, with the proper paracosmic measurements correctly plumbed in, the temporal potential of the great mass of stone can be diverted to accelerate or reverse time over a very small area, in the same way that a hydraulic ram can be induced to pump water against the flow.

The original builders, who were of course ancients and therefore wise, knew this very well and the whole point of a correctly-built pyramid was to achieve absolute null time in the central chamber so that a dying king, tucked up there, would indeed live forever – or at least, never actually die. The time that should have passed in the chamber was stored in the bulk of the pyramid and allowed to flare off once every twenty-four hours.

What do we learn from this?

Tide waits for no man.

Although, based on something Teppic does to cross the Djel River in another portion of this story, maybe that’s not really true either.

Earlier in Pyramids, Terry says, “When you die, the first thing you lose is your life. The next thing is your illusions.”

What an insightful thought for someone who hadn’t died yet. I’m sure it’s true for most people. Assuming you (like me) already have some idea of what to expect after death, there will be fewer illusions to let go of than there will be for other people.

Of course, if they’ve thought about it at all, most other people would probably think the same thing.

Finally – and this is totally unrelated to functional pyramids or death – on page 165 of my book, Teppic and Pthagonal have this exchange.

“The diameter divides into the circumference, you know. It ought to be three times. You’d think so, wouldn’t you? But does it? No. Three point one four one and lots of other figures. There’s no end to the buggers. Do you know how pissed off that makes me?”

“I expect it makes you extremely pissed off,” said Teppic politely.

“Right. It tells me that the Creator used the wrong kind of circles. It’s not even a proper number! I mean, three point five, you could respect. Or three point three. That’d look right.” He stared morosely at the pie.

What do learn from this?

Maybe it’s really that we’re using the wrong number system. What if we started with what we currently call Pi and made that into a rational number and based all our other numbers off of that?

You can get Pyramids at Amazon here. 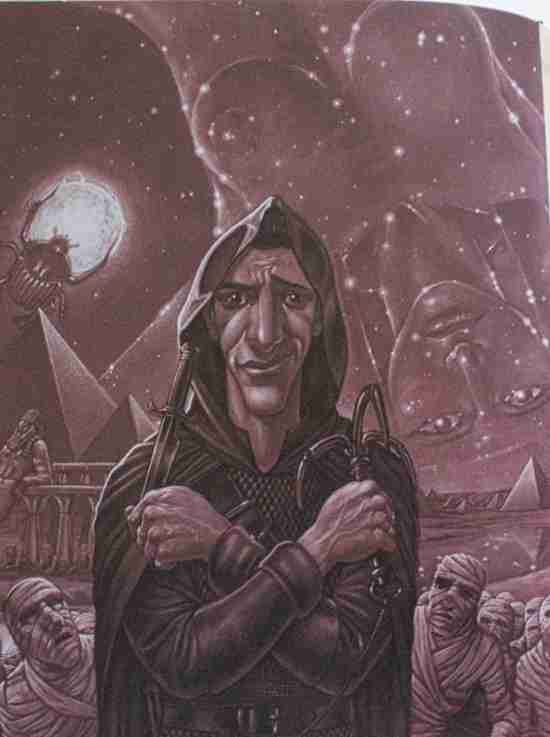