Ayr we doon with th’ metterfors yet?

We are now on the downside of the discussion of metaphors and similes in Terry’s Equal Rites novel. There are only a few dozen left to examine in all their glorious detail.

Page 106 – It was Treatle. He grinned like a worried snake.

Yes, Treatle was a bit snakish. He was worried because it was Esk he was grinning at.

I don’t think snakes, at least not the poisonous ones, really worry very much. They might fear but not worry. I think that makes this simile all the better, since it makes you think what that must be like.

Page 106 – “We cannot have this,” said Treatle, in a voice as hearty as a plum pudding.

I’ve never come near a plum pudding. So we must depend on Wikipedia to elucidate.

Despite the name “plum pudding”, the pudding contains no actual plums due to the pre-Victorian use of the word “plums” as a term for raisins. The pudding is traditionally composed of thirteen ingredients, symbolizing Jesus and the Twelve Apostles, including many dried fruits held together by egg and suet, sometimes moistened by treacle or molasses and flavoured with cinnamon, nutmeg, cloves, ginger, and other spices. The pudding is usually aged for a month or more, or even a year; the high alcohol content of the pudding prevents it from spoiling during this time.

I was okay until I got to the suet.

Then I got a little better when it came to the alcohol.

As to heartiness, though, this sounds quite appropriate for the voice of Treatle at this juncture. He was very sure of himself, or at least he wanted to sound like he was.

Page 107 – “Of course, it’s a lot bigger inside than out, like an iceberg or so I’m given to understand, I’ve never seen the things.”

This is Treatle once more explaining Unseen University to Esk who’s seeing it for the first time.

Obviously Treatle has no concept of an iceberg, but he’s close to right.

Seeing as icebergs are almost never found on the Disc, we’ll forgive him for this one.

Page 107 – They [the pages of a book] were full of complicated red and black symbols which is some inexplicable way were as potent and unpleasant as a ticking parcel, but which nevertheless drew the eye in the same way that a really bad accident does.

Esk is looking as a book that Simon is studying. Esk cannot read. Still, she knows that the words and other symbols on the page hold much meaning – probably more than even Simon understands. If their full meaning were comprehended, things could literally go Boom.

Page 108 – It wasn’t just that there was magic in the air, but it was tamed and working like a millrace.

I had an idea what a millrace was, but I looked it up anyway.

Be honest. You would have too.

Mills that do things like grind grain were usually built on a riverbank so they could have a waterwheel that made use of the power of the moving water in the river. It’s this flowing water that moves the wheel that’s called the millrace.

Thus, “tamed and working”. This was how the magic in Unseen University felt to Esk when she first encountered the wizards wandering around there.

“They” are the creatures from the Dungeon Dimensions. This is a simple simile in that it’s very easy to imagine the sound that a bunch of flies makes, even if you’ve never heard it. You surely have heard the humming or buzzing sound that the wings of a single fly makes.

Just multiply that noise by 100 or more.

Page 114 – If the laugh was a music-hall clown then Esk’s determined squint was a whitewash bucket on a fast trajectory.

The laugh belonged to Archchancellor Cutangle who was responding to Esk’s statement that she wanted to be a wizard.

If you’ve never been to the circus (or apparently to a music hall where clowns were attempting to entertain), then this scene might not resonate with you. A standard gag is for one clown to throw a bucket of whitewash at another clown. The reason doesn’t really matter here.

To complete the scenario, after said bucket has been thrown, the now-whitewashed clown normally picks up a similar bucket and chases his assailant. When the bucket-holding clown throws his load, he misses the other clown and hits members of the audience instead. Fortunately, this bucket only contained confetti.

The clowns knew this from the start, but the younger members of the audience did not. This is what makes the gag work.

Page 117 – The housekee[p]er swept forward with a sound like an elderly tea clipper in a gale, and beckoned Granny to follow her.

First, I once mentioned elsewhere online that my copy of one of Terry’s books had several mistakes in it. It may have been Equal Rites, since I’ve noticed some typos as I passed through it again. Someone else commented on my comment something to the effect that that wasn’t likely, that it must have been my error instead.

Well, I beg to differ.

The quotation just above definitely has an error. It’s missing the letter “p” in “housekeeper”. “Housekeeer” just isn’t a word. It’s not even something a character is likely to mispronounce that way. And in this case, it’s just in a description. No one is speaking.

It’s not even part of the metaphor here, but I love that Terry had the housekeeper “sweep” forward. Nice.

A clipper is a ship, sailboat, if you must.

I don’t have any experience with such a vessel. On the other hand, I think I now have a decent idea of what that ship in a storm sounded like by imagining the housekeeper. So, for me, this is sort of a reverse metaphor.

Americans know candyfloss as cotton candy – the kind you get at the fair after riding the Ferris wheel and the tilt-a-whirl.

Here, it’s a description of Mrs. Whitlow’s room with all its frills.

Makes you want either to get out as quickly as possible hopefully without anything sticking to you or to be sick, doesn’t it?

Page 120 – From stone’s point of view the universe is hardly created and mountain ranges are bouncing up and down like organ-stops….

I’m not sure Terry had the right idea about organ stops here. Stops are those tabs or knobs that an organist flips or pulls to turn on or off a certain set of pipes. They don’t really bounce. I know this because I am an organist.

Maybe Terry had another part of a pipe organ in mind here, but I’m not sure which.

Page 122 – “Magic’s like fishing. Jumping around and splashing never caught any fish, you have to bide quiet and let it happen natural.”

This is Granny’s guidance for Esk who couldn’t get her magic to work in front of the wizards in UU.

Granny explains her own metterfor quite well. I can’t think of anything to add to it, so we’ll stop here for now. 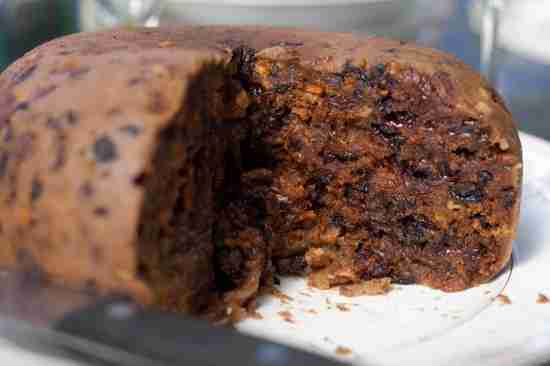