“Like sands through the hourglass, so are the days of our lives.”

I don’t know if Terry was familiar with the American soap opera Days of Our Lives, but this opening line in the introduction to each episode surely fits with his concept of Death’s lifetimers.

A lifetimer is an hourglass that shows the beginning, progress, and eventual end of the life of each person on the Discworld. That is, each person has (or had) one of his own. Death keeps them all in a bright candlelit room where “the accumulated hiss of the falling grains makes the room roar like the sea.”

So ends the opening paragraph of Mort.

Before we get into the tale of Mort, let me step back two books to The Light Fantastic for a bit. In my Book Club Edition (copyright 1986) on page 83, one of Death’s companions – either Pestilence, Famine, or War – calls him by the name “Mort”.

In French, mort means dead. It’s where we get words like mortal, mortality, and immortal from. It’s not surprising then that Death’s name would be Mort, but I think he’s only called by that moniker the one time in The Light Fantastic.

Then we get to this whole book entitled Mort. In this story, one of the main characters is a boy named Mortimer – Mort, for short. Death is never referred to as Mort here. Although…when Death first meets Mort, there is this exchange.

THANK YOU, BOY, said the skull. WHAT IS YOUR NAME?

WHAT A COINCIDENCE, said the skull.

I can’t tell if Terry is implying that Death’s name is also Mort or if Death is simply thinking of the meaning of mort in French (or perhaps, Quirmian).

Can You See Me Now?

It’s interesting that almost everyone, especially Death, seems to have trouble remembering Mort’s name. He’s often called “boy”, for example. It’s almost the same as the fact that most people have trouble seeing Death (and Mort) because they don’t fit into their version of reality. They see only what they want to see.

Mort is one of a handful (or two) of people who ever gets to see Death face to face and live to tell about it. Others include some of the other leading characters in this novel such as Albert, Ysabell, and Princess Keli. Wizards and witches also get to see him as he is. And cats.

On the other hand, Mort’s father, Lezek, is a different case. According to Death, WHAT [HE] SEES AND HEARS IS NOT WHAT YOU [MORT] SEE AND HEAR. So, apparently Death has the ability to distort reality for humans just as much as they distort it for themselves.

Killing Is Killing, and Death Is Death

I like how Terry makes the distinction between Death and killing. In reality, though the two are closely related, the one always does come after the other and so can be considered two separate entities, so to speak.

Thus, Death is rightly appalled when Mort accuses him of going around killing people. Other people (or trolls or dwarves or whoever) go around killing other people sometimes. Death is just there (on special occasions, in person) to finish the act, allowing the person’s spirit to move on.

I seem to recall reading or hearing somewhere that most people aren’t truly afraid of death. It’s the method of losing their life that scares them. Terry’s concept of Death in his Discworld novels would fit well with those thoughts.

I think this is also why Death can be such a likeable character. In fact, in Mort, he becomes even more human than usual, even taking on a human job at Harga’s House of Ribs. Granted, he does the job much more quickly than any true human could, but it’s still a job that Death wouldn’t normally be involved with.

But before that there were the parties and the drinking and the craps game and the fishing. As Death experienced all of these very human activities, “He was actually feeling glad to be alive, and very reluctant to be Death.”

If this were at all possible, that would be an unfathomable thought.

All’s Well in the End

Without giving away the entire plot, suffice it to say that, after the big duel, Mort gets the girl and reality is restored – for a while there it looked like much of that wouldn’t happen.

One of my favorite punes comes just before the end of this tale. Death gives Mort and his bride a small globe about which he says, THERE MAY COME A TIME WHEN THE UNIVERSE ENDS AND REALITY DIES, AND THEN THIS ONE [THE GLOBE] WILL EXPLODE AND…WHO KNOWS? KEEP IT SAFE. IT’S A FUTURE AS WELL AS A PRESENT.

I also appreciate that the last sentence of the book includes a bit of French (or Quirmian). In the context of Mort’s life book, Death speaks.

I PREFER AU REVOIR, he said.

You can find Mort at Amazon here.
Summary 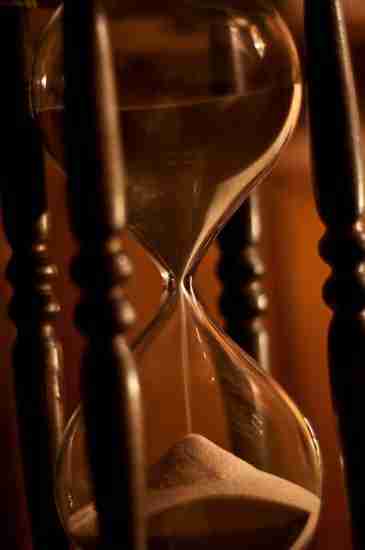