Carpe Jugulum, which, loosely translated, means “Go for the throat”, is ostensibly a story about vampires (and a little about the Nac mac Feegle, despite the intro above). However, Terry takes this opportunity to have a fairly lengthy discussion of what he thinks about religion, using Granny Weatherwax to get his point across.

She doesn’t think much of religion.

“There’s a very interesting debate raging [among Omnian holy men] about the nature of sin, for example.”

“And what do they think? Against it, are they?”

“It’s not as simple as that. It’s not a black and white issue. There are so many shades of gray.”

“There’s no grays, only white that’s got grubby. I’m surprised you don’t know that. And sin, young man, is when you treat people as things. Including yourself. That’s what sin is.”

“It’s a lot more complicated than that—”

“No. It ain’t. When people say things are a lot more complicated than that, they means they’re getting worried that they won’t like the truth. People as things, that’s where it starts.”

“Oh, I’m sure there are worse crimes—”

“But they starts with thinking about people as things…”

“You strong in your faith, then?” she said, as if she couldn’t leave things alone.

“But you read a lot of books, I’m thinking. Hard to have faith, ain’t it, when you read too many books.”

“If I didn’t, I wouldn’t have anything.”

He waited for a while, and then tried a counterattack.

“You’re not a believer yourself, then, Mistress Weatherwax?”

“Oh, I reckon I believes in tea, sunrises, that sort of thing,” said Granny.

“I was referring to religion.”

“I know a few gods in these parts, if that’s what you mean.”

Oats sighed. “Many people find faith a great solace,” he said. He wished he was one of them.

“It’s not my place to tell ‘em what to believe, if they act decent.”

“But it’s not something that you feel drawn to, perhaps, in the darker hours?”

“No. I’ve already got a hot water bottle.”

“And that’s what you think religion is, is it?” he said, trying to keep his temper.

“I gen’rally don’t think about it at all,” said the voice behind him.

It sounds to me like Terry is speaking directly through Granny here. I know he wasn’t a Christian (and Mightily Oats is probably about as close to a Christian as any character on the Disk).

Faith is being sure of what you hope for and certain of what you can’t see. A Christian hopes for heaven, even though he can’t see it. He’s certain of it, though, because he believes what Jesus did for him. And there’s no other way to get to heaven other than believing in Jesus.

Now, I’m not trying to Christianize you here. I can’t make you a Christian. No Christian can make someone else a Christian. I’m simply stating what I believe to be true and what my faith is. You’ll have to figure it out for yourself, one way or another. (Hint: The Bible is a good place to start, if you’re interested.)

Carpe a copy of Carpe Jugulum for yourself at Amazon.
Summary 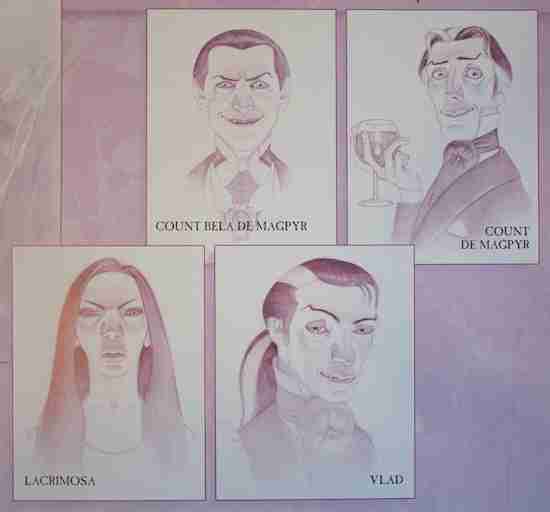