“By jingo!” As I said at the top, it had to be said. In Jingo, it was spoken by Lord Selachii – though it doesn’t seem to have the same meaning attached to it in that context as it might on the roundworld today. In any case, now that I’ve gotten that out of the way, let’s take a look at some of the fun scenes in Terry’s middle novel (#21 of 41), Jingo.

Fun scenes? Isn’t this a book about war, or at least, the potential for war? Why, yes it is. And that’s what made it rather difficult for me to decide on something fun to write about in this review. I don’t like war, to put it mildly. I don’t personally know anyone who does, though I’m positive there are such people out there.

I’m actually only going to write about one aspect of the book that I find particularly entertaining, but I’ve got a couple of other topics to cover very briefly first.

First, Terry uses the phrase “monstrous regiment” in Jingo to refer to a handful of members of the Watch that are aboard Captain Jenkins ship, the Milka. Ten books down the line, he would resurrect that phrase to entitle Monstrous Regiment which was about one (or more) regiment of monsters, as opposed to the Watch. (Yes, you can interpret that phrase more than one way.)

But I’m getting (10 books) ahead of myself. Back to Jingo.

Inconsistencies on the Disc

More than several new moons ago, I posted something in a social media group that referred to misspellings I had seen in the Discworld novels. Someone replied to the effect that he didn’t think I was correct. After all, he’s never noticed any such problem.

Well, the more deeply I get into these books, the more such problems I find. I’ve also found that they are openly acknowledged elsewhere online as well. So, I’m not alone here.

Now, I’m not about to claim that this is all Sir Terry’s fault. In fact, at this point, it would be virtually impossible to do so, since we can no longer ask him about the inconsistencies, apparent misspellings, etc. I have the feeling that a large portion of the problems originate with the book editors who either didn’t know they were overlooking a potential error or didn’t bother to check into the seemingly insignificant details. After all, who would ever notice such things in future years, eh?

The picture below shows one example of what I’ve been writing about.

The picture comes from The Art of Discworld, not from a novel – most of which don’t have pictures. Ahmed is a significant figure in Jingo, but he’s definitely 71-hour, not 72. Otherwise, there would be no point to his nickname.

That said, I’ll point the finger at myself too when speaking of inconsistencies. Here at Narrativium Reviews, if you read enough of the articles and lists, you’ll find that I haven’t been exactly consistent in my naming conventions and such like. The naming of the Guilds comes to mind. Sometimes I call them the “Guild of ____s”, but other times I’ll say “____’s Guild”. If you don’t notice that particular problem by the time you read this, that just means I fixed it. It doesn’t means I’ve fixed all my problems here.

Speaking of naming conventions, here’s the fun part I wanted to mention.

Leonard of Quirm is a genius who is often ahead of his time. He’s obviously a reference to Leonardo da Vinci, but some have also seen some Tesla and Cayley in him.

Terry acknowledges in one of his always-significant footnotes that “thinking up good names was, oddly enough, one area where Leonard of Quirm’s genius tended to give up.” As proof, he gives us the following examples from Jingo (alone).

As with all of the names given by Leonard, there is never any question as to what the thing does. It’s just that it takes longer than usual to get the concept across to the reader or listener. This “Device”, even among those who traveled in it, was more commonly called The Boat. But since the word “Under” is used in the original, we understand that English-speaking roundworlders would call it a submarine.

Make Words With Letters That Have All Been Mixed Up Game

I love playing games – board games and card games. This game is similar to a Word game I play virtually every day With Friends. I’m sure many of my readers do too. Of course, the original name we know it by is Scrabble.

This one was actually coined by Vetinari as he “guessed at” the device’s name. Leonard was surprised that he got it right. The Pipe was to aid the travelers aboard The Boat in steering the vessel and in the fresh air problems they’d had. I don’t think we have an exact complement to it on the roundworld, but the periscope comes closest.

I think I’m going to start calling things by their function, whenever I can remember to do so and when the extra time required wouldn’t matter.

Okay, just one more fun scene in the form of just one more picture. This is Gulli, Gulli, and Beti aka (clockwise from the back left) Vetinari, Colon, and Nobby.

Buy Jingo! (It had to be said.)
Summary 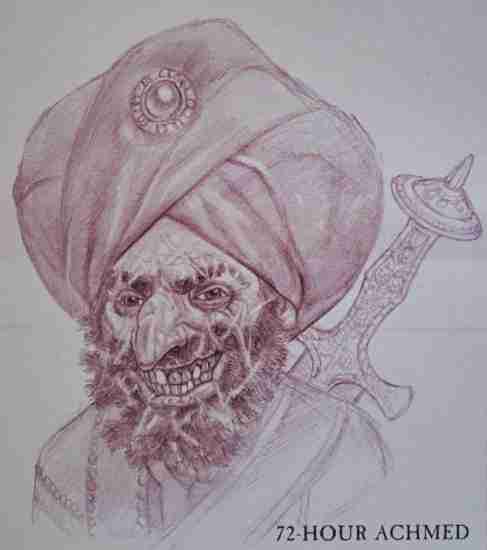