I ken it’s lik a bigjobs thingy whut does yoour fightin’ for ye.

Ohh, I dinnae lik a come-pew-ter then. A Feegle does his oown fightin’!

As Rincewind and Twoflower flee Granny Whitlow’s gingerbread house, they crash into a flying rock. This bluish rock, which measures about 30 feet long by 10 feet wide, is piloted by a young druid named Belafon. Belafon claims it stays aloft by persuasion. In fact, he says, “Persuasion is what keeps the whole universe together.”

An interesting concept, if not wholly true.

Belafon’s occupation – other than being a druid – is computer hardware consultant. He’s in the process of delivering this new piece of hardware – the flying rock – to the “big circles” on the Vortex Plains.

Rincewind and Twoflower, who obviously are not acquainted with computers, inquire as to the uses of such a device. Belafon responds with these possible functions. It can tell you…

Twoflower offers an almanac as an alternative, but Belafon doesn’t understand how paper can tell you these things.

This is one of several times in the Discworld series that Terry pokes fun at books and their uses, which is all the more enjoyable because we learn about these ideas via his books.

The druids at the big circles can’t really find anything wrong with their stones or with the software running in them. Yet they are getting what they know to be incorrect results from their computations. One druid says, “…it’s just that the universe has gone wrong, right?…”

He probably doesn’t know how right he is. Rincewind knows, as he recalls the mysterious red star that has appeared in the sky. It’s a star that really shouldn’t be there, is huge, and is getting closer all the time.

While contemplating this star, the Octavo takes hold of Rincewind – metaphorically, possibly – and tells him to stop falling off the edge of the Disc. It was to keep Rincewind and The Spell in his brain safe that the Octavo had to change the universe.

As they explain things to Rincewind, they also make an attempt to tell us about the creation of the universe. Terry gets his shots in here, letting us know that he doesn’t really believe any of the theories.

“In the beginning was the word.”

“I’m sure it was the firmament first.”

“In the beginning was the Clearing of the Throat.”

“Anyway, whatever it was, we remember it distinctly.”

So there are references there to the Gospel of John, to Genesis, to the chicken-or-the-egg question, and to something that Terry dreamed up himself.

I choose to believe the John and Genesis accounts. You can believe what you wanna believe.

Get your copy of The Light Fantastic at Amazon.
Summary 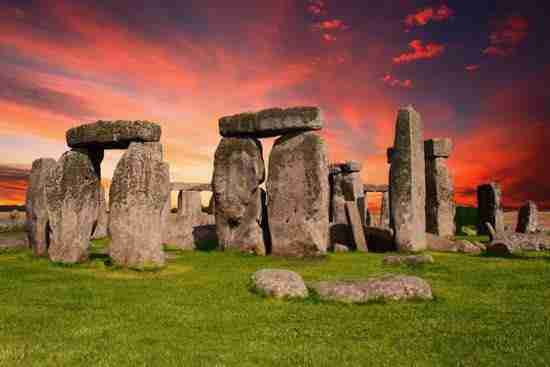